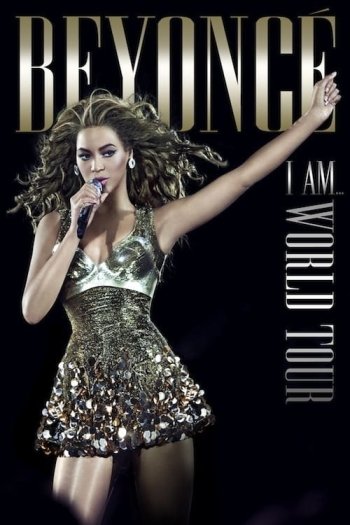 Beyoncé: I Am... World Tour

Info
1 Images
Interact with the Movie: Favorite I've watched this I own this Want to Watch Want to buy
Movie Info
Synopsis: 108 shows, 78 cities, 32 countries, 6 continents, 1.1 million fans. Beyoncé’s I Am... World Tour captures concert footage from numerous shows edited into one extraordinary concert. Weaved into this concert are highlights that give a rare glimpse into the dynamic and personal world of this multi-faceted icon. As a bonus is a behind-the-scenes documentary entitled Mic and a Light. I Am... World Tour Blu-ray captures not only an unforgettable performance from the superstar singer and entertainer, but showcases her astonishing talent as a filmmaker, director and producer.