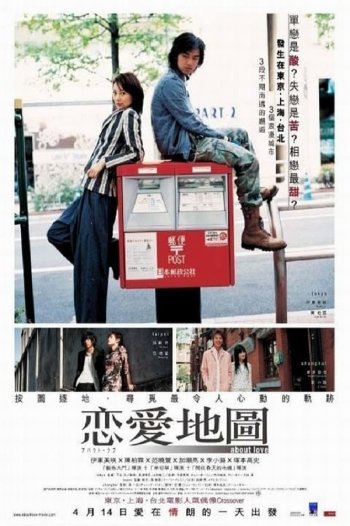 Info
1 Images
Interact with the Movie: Favorite I've watched this I own this Want to Watch Want to buy
Movie Info
Synopsis: Three stories are told, respectively set in Tokyo, Taipei, and Shanghai. The first two stories are about a Japanese person and a Taiwanese person. The last one is set in Shanghai with a story about a Japanese man and a Chinese woman. Some of the characters can speak Japanese and some of them Mandarin. Each story encompasses an experience of a foreigner, either from Japan ,Taiwan or China, with a native of the opposite country.