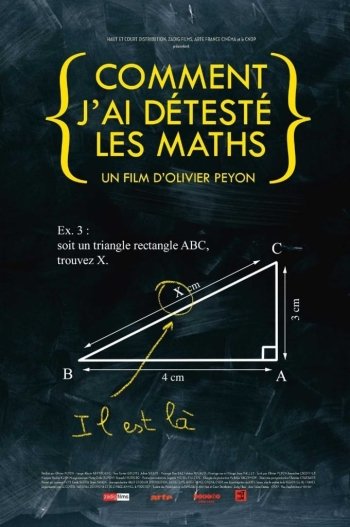 Info
1 Images
Interact with the Movie: Favorite I've watched this I own this Want to Watch Want to buy
Movie Info
Synopsis: What is striking when you talk with mathematicians is that sparkle in their eyes, and their sudden joyful voice trying to share with you a concept, a theory. They continuously use words such as invention, beauty, freedom. You then ask yourself : how such a rich language, this quasi-philosophical proposition about the world becomes rejected by a majority, 'the only discipline where one prides itself to be bad at it'!