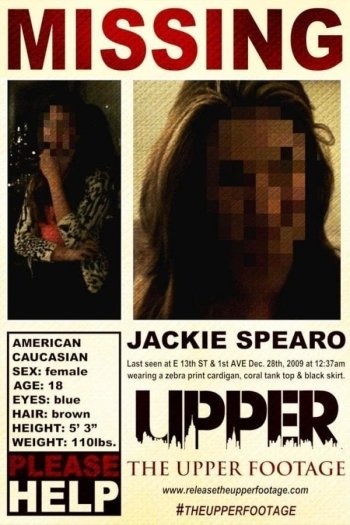 Info
Alpha Coders 1 Images
Interact with the Movie: Favorite I've watched this I own this Want to Watch Want to buy
Movie Info
Synopsis: 'THE UPPER FOOTAGE' is the first film experience of its kind. The film is an edited version of 393 minutes of recovered footage documenting a young girl's tragic overdose death and subsequent cover up by a group of affluent socialites. What started as a blackmail plot played out over YouTube, became Hollywood's biggest drug scandal, turned into a heavily controversial film property that was rumored to be held by some of the biggest names in Hollywood. Now, after playing itself out in the media for 3 years it is finally making its way to the public.