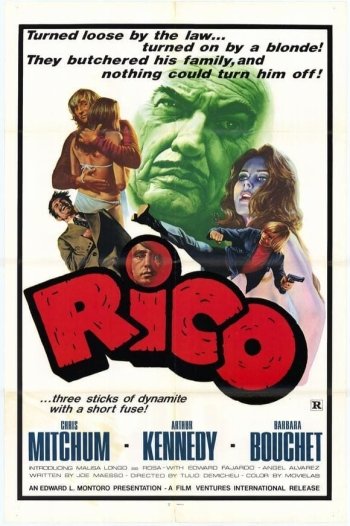 Info
Alpha Coders 1 Images
Interact with the Movie: Favorite I've watched this I own this Want to Watch Want to buy
Movie Info
Synopsis: Fresh out of the joint, young Ricco is eager to get home to see his family. He was cut loose a year early for good behavior, but it certainly wasn't good behavior that got him in the big house in the first place. Two years prior, Ricco took it upon himself to go after Don Avito, the man who killed his pappy and took his girlfriend. Yet Ricco came out of prison a changed man. He had a lot of time to think, and the anger and thirst for revenge is no longer there, much to his mother's chagrin. She is quite upset that her son is not interested in paying back Don Avito for his deeds, and she needles Ricco relentlessly until he reluctantly gives in to her demands.


Tagline: No swords, no guns, no knives, no weapons. Just a burning pool of acid!