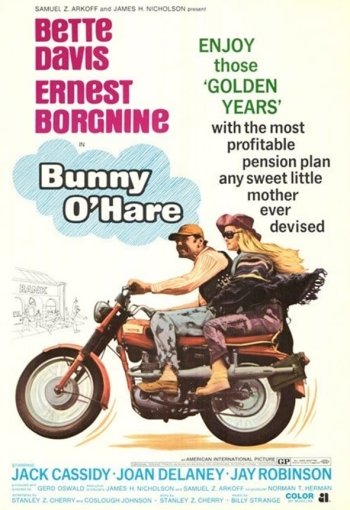 Info
1 Images
Interact with the Movie: Favorite I've watched this I own this Want to Watch Want to buy
Movie Info
Synopsis: Bette Davis handles the title role in this highly offbeat crime comedy about two aging hippies who elect to rob a bank to restore Bunny O'Hare's financial affairs after she's been unjustly evicted and rendered homeless. When that heist ends up paying off, rather than take off for the border, Bunny opts for a life of crime with her new partner, Bill Green, played by fellow Oscar-winner Ernest Borgnine.


Tagline: Enjoy those GOLDEN YEARS with a holiday filled with fun and profit!