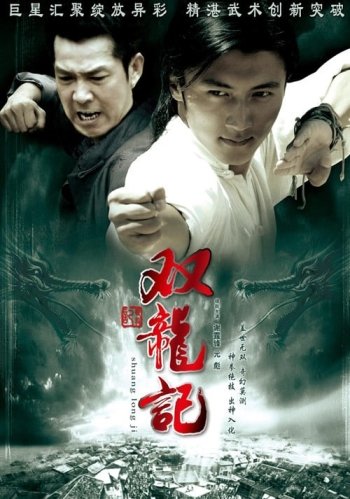 Info
Alpha Coders 1 Images
Interact with the Movie: Favorite I've watched this I own this Want to Watch Want to buy
Movie Info
Synopsis: The story of Leung Bik, the wayward son of Wing Chun master Leung Jaan, who runs aways from home in order to learn martial arts and surpass his father. Leung Jaan has refused to teach his son Wing Chun, due to his improper behaviour, despite his natural talent for martial arts.

View the Full Cast of Legend of Twin Dragons