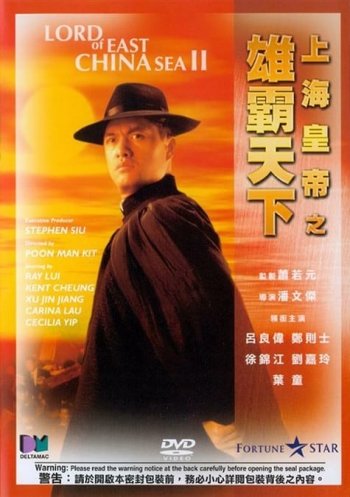 Info
1 Images
Interact with the Movie: Favorite I've watched this I own this Want to Watch Want to buy
Movie Info
Synopsis: The continuing saga of the life of one of the most powerful men in China in the first half of the 20th Century. By the late 1920's, Luk has established himself as the overlord of Shanghai; a player in politics, business, and the huge underworld. But his generosity begins to strain his finances. Pondering his future, he decides to make a strong commitment to the country, opting for high society over getting high. But the 1937 attack by the Japanese on Shanghai throws both Luk and his country into turmoil. Luk is forced to flee to Hong Kong. He returns after the war, but finds the new Nationalist government isn't very accommodating. As China begins its transition to Communist rule, Luk sadly realizes he is heading towards oblivion.