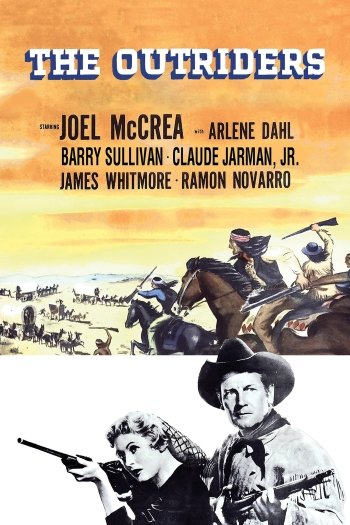 Info
1 Images
Interact with the Movie: Favorite I've watched this I own this Want to Watch Want to buy
Movie Info
Synopsis: Late in the Civil War, three Confederate soldiers escape from a Union prison camp in Missouri. They soon fall into the hands of pro-Confederate raiders, who force them to act as "outriders" (escorts) for a civilian wagon train that will be secretly transporting Union gold from Santa Fe, New Mexico, to St. Louis, Missouri. The three men are to lead the wagons into a raider trap in Missouri, but one of them starts to have misgivings....

View the Full Cast of The Outriders