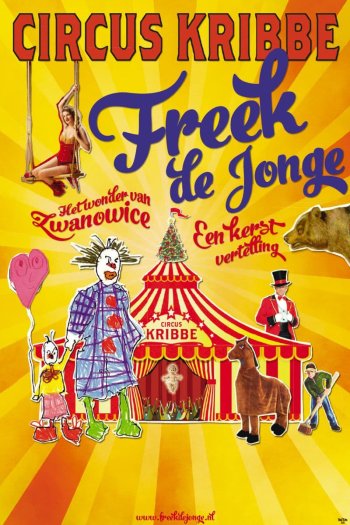 Info
1 Images
Interact with the Movie: Favorite I've watched this I own this Want to Watch Want to buy
Movie Info
Synopsis: Job Kribbe is the first clown in six generations who is not by nature funny. In his search for the reason why he follows a path that takes him from one story to the next, visiting cities lijke Moscow, Paris, London, Hollywood, Berlin and finally Zwanowice. On the road he meets many figures like Napoleon, Buster Keaton and the Dutch queen Wilhelmina.