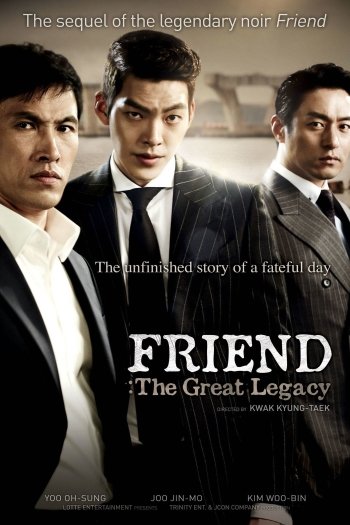 Info
1 Images
Interact with the Movie: Favorite I've watched this I own this Want to Watch Want to buy
Movie Info
Synopsis: A sequel to Kwak Kyeong-taek's "Friend" in 2001, "Friends 2" is about three men who are gangsters based in the background of the year 1963 and 2010.


Tagline: The unfinished story of a fateful day