Movie Abyss Attack of the Sabretooth 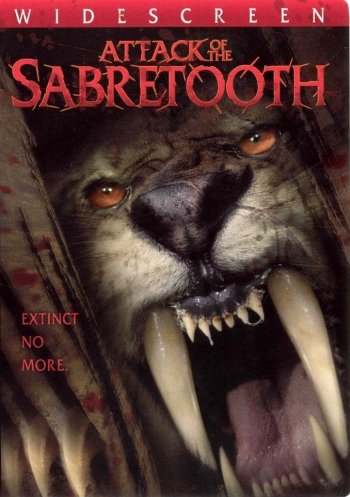 Attack of the Sabretooth

Info
1 Images
Interact with the Movie: Favorite I've watched this I own this Want to Watch Want to buy
Movie Info
Synopsis: In the Fiji islands, the greedy and unscrupulous owner of the Valalola Resort Primal Park invites investors and guests for an opening party of his compound composed of hotel and zoo aiming to find partners for his discoveries. When a bunch of college smalltime thieves puts a virus in the security system to participate in a scavenger hunt, the greatest attractions of the zoo - sabretoothes from the prehistoric age developed from DNA found in fossils - escape, killing the hosts and guards for fun.

Angel of Death: Fuck or Die