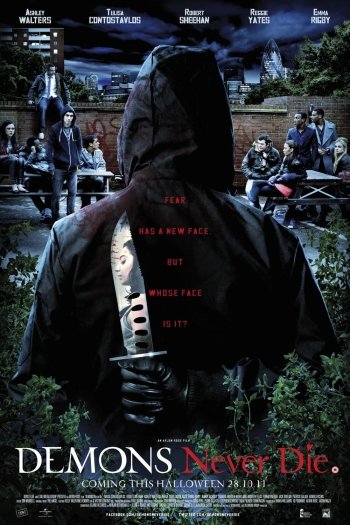 Info
1 Images
Interact with the Movie: Favorite I've watched this I own this Want to Watch Want to buy
Movie Info
Synopsis: When a young girl takes her own life, Archie and the other Suicide Kids decide to follow her lead and form a pact. But as the group begin to die on by one, Archie realizes that they have all become the target of a masked killer and that his commitment to death has become a terrifying fight for survival and a battle to protect the girl he loves. But who's the killer?


Tagline: For some people the scariest thing... is finding a reason to live.