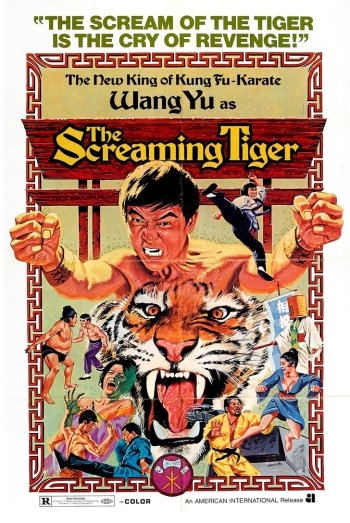 Info
1 Images
Interact with the Movie: Favorite I've watched this I own this Want to Watch Want to buy
Movie Info
Synopsis: Rare was the film in 1973 that incorporated the star's name in the title. One of the few such films was Screaming Ninja, aka Wang Yu, King of Boxing. The story is set in China in the early 1900x. Essentially playing an extension of himself, action-star Wang-Yu spends much of the time defending himself against evil martial-arts masters. He also tries to make sense of a tragic incident in his past.


Tagline: The Scream Of The Tiger Is The Cry Of Revenge!

View the Full Cast of The Screaming Tiger

Death Duel of the Mantis

Snake in the Eagles Shadow 2

Assault of the Final Rival