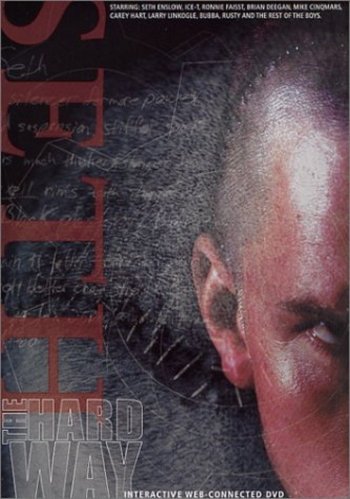 Info
Alpha Coders 1 Images
Interact with the Movie: Favorite I've watched this I own this Want to Watch Want to buy
Movie Info
Synopsis: This frenetic documentary about motorcycle daredevil Seth Enslow chronicles his career as a madman on two wheels, focusing on his attempt to set the world's distance record for jumping a motorcycle more than 250 feet from one ramp to another. Enslow's reckless style is portrayed vividly with clips showing him doing things on a motorcycle that no sane person would even envision. He tries to ride up vertical mountainsides, he goes rocketing off cliffs, and in one segment that shows how he literally dropped onto the scene and established himself as an up and coming wild man, he sails through the air and lands on a desert hillside filled with parked motorcycles (whose owners madly scramble to avoid his unexpected landing). Enslow's obsession to set the world's distance jumping record, and even interviews the fellow who designed Enslow's ramp. Footage of the great jump includes Enslow's rough and bloody landing.