Movie Abyss It's a Big Country 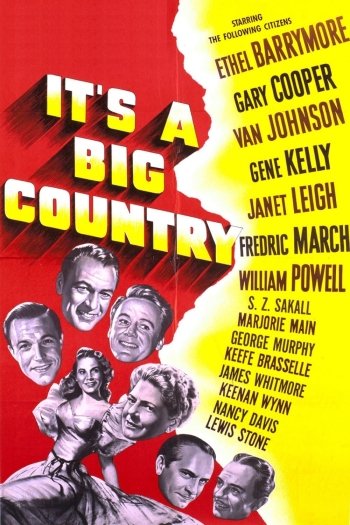 It's a Big Country

Info
1 Images
Interact with the Movie: Favorite I've watched this I own this Want to Watch Want to buy
Movie Info
Synopsis: Comprised of eight unrelated episodes of inconsistent quality, this anthology piece of American propaganda features some of MGM Studios' best directors, screenwriters and actors; it is narrated by Louis Calhern. Stories are framed by the lecture of a university professor. In one tale a Boston resident becomes angry when the census forgets to record her presence. Another sketch chronicles the achievements of African Americans while still another pays tongue-in-cheek tribute to Texas.


Tagline: A world of entertainment from M-G-M!

View the Full Cast of It's a Big Country