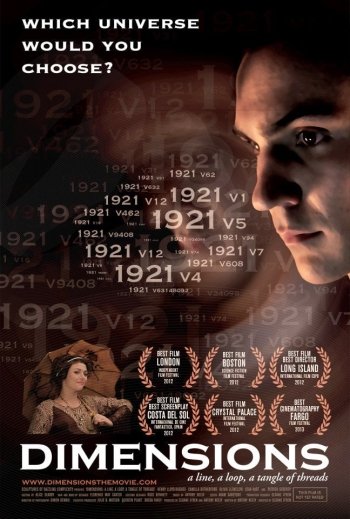 Info
Alpha Coders 1 Images
Interact with the Movie: Favorite I've watched this I own this Want to Watch Want to buy
Movie Info
Synopsis: Stephen is a brilliant young boy who lives in England, in what appears to be the 1920s—but nothing in Stephen’s life is quite as it seems. His world is turned upside down upon meeting a charismatic and inspirational professor at a garden party, who demonstrates to Stephen and his friends what life would be like if they themselves were merely one, or two, dimensional beings. He then proceeds to explain that by manipulating other dimensions, time travel may actually be possible. As Stephen’s life unfolds, events lead him to dedicate himself to turning the Professor’s theories of time travel into reality. Jealousy, love, obsession, temptation and greed surround him, influencing his fragile mind and the direction of his work.


Tagline: A Line, A Loop, A Tangle of Threads

View the Full Cast of Dimensions