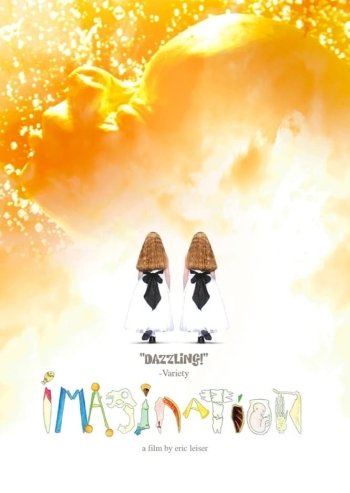 Info
1 Images
Interact with the Movie: Favorite I've watched this I own this Want to Watch Want to buy
Movie Info
Synopsis: Dr. Reineger, a famous neuro-psychologist, has become convinced that a twin girl named Anna has a rare form of Autism called Asperger's Syndrome, rendering her unable to cope with reality. As for her blind sister, Sarah, the doctor cannot say for sure why her imaginary visions map so close to Anna's. At home, unable to face reality, their father leaves the family. To escape the pain, the girls sink deeper and deeper into their imagination. When a major earthquake takes their mother's life, Reineger gets more involved with helping the now-orphaned twins, while struggling with his realization that the girls seem to be capable of prophetic visions. The girls escape the doctor's institution and a subsequent search finds no trace of them. Have they transcended the physical realm? A mixture of live action, stop motion animation and other techniques makes this film a fantastic journey into the realm of imagination.