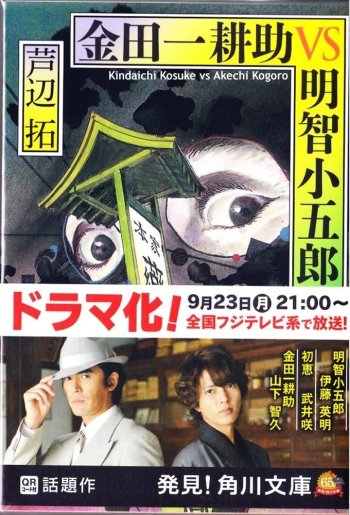 Info
Alpha Coders 1 Images
Interact with the Movie: Favorite I've watched this I own this Want to Watch Want to buy
Movie Info
Synopsis: The Ganso and Honke are two medical wholesalers which have had a long history of exchanges. They were originally a wholesaler set up by Tokiya Manemon who invented a drug. After he fell ill, he imparted the formula to his two beloved disciples. But the two were at loggerheads and the enmity between them caused a split into two factions, the ‘original’ (Ganso) and the ‘originator’ (Honke). One day, an incident finally occurred. Kiichiro (Endo Kaname), the eldest son of the Honke, launched an attack on the young master of the Ganso, Nagahiko (Oshinari Shugo).