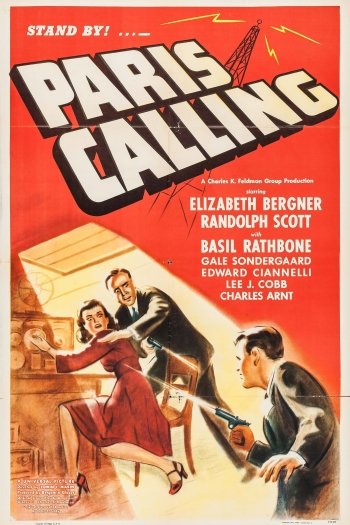 Info
1 Images
Interact with the Movie: Favorite I've watched this I own this Want to Watch Want to buy
Movie Info
Synopsis: Marianne Jannetier, a well-to-do Parisian, engaged to Andre Benoit, a high-ranking government official, flees the city when the goose-stepping Nazi storm-troopers arrive. When her mother dies on the road to Bordeaux as a result of Nazi bombing, she returns to Paris and joins the underground movement. Nicholas Jordan, an American member of the RAF, stranded in Paris after the evacuation is also working with the Paris underground. Marianne kills her former fiancée, a pro-Nazi informant, for the traitorous state papers he is carrying, and she and Jordan try to flee over a French seaport...


Tagline: ADVENTURE pounding to the beat of your heart!