Movie Abyss What a Girl Wants

Info
1 Wallpapers 6 Images
Interact with the Movie: Favorite I've watched this I own this Want to Watch Want to buy
Movie Info
Synopsis: An American girl, Daphne, heads to Europe in search of the father she's never met. But instead of finding a British version of her bohemian mother, she learns the love of her mom's life is an uptight politician. The only problem now is that her long-lost dad is engaged to a fiercely territorial social climber with a daughter who makes Daphne's life miserable.


Tagline: Trying to fit in. Born to stand out.

View the Full Cast of What a Girl Wants

Recent What a Girl Wants Wallpapers 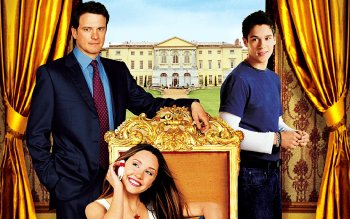 Three Men and a Little Lady

Carve Her Name with Pride