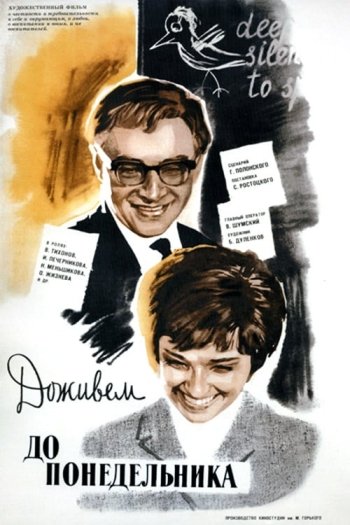 Info
1 Images
Interact with the Movie: Favorite I've watched this I own this Want to Watch Want to buy
Movie Info
Synopsis: Ilya Semenovich Melnikov is a history teacher in an ordinary Soviet high school. He is a very good teacher and his students and colleagues treat him with a great deal of respect. However, Melnikov faces a lot of difficulties in his work. In particular, everybody at school is spreading rumors about Natalya Sergeyevna, an Enlish language teacher and a former student of Melnikov, being in love with him. Exhausted by his mental suffering, Melnikov asks the principal to allow him to quit his job. At the end of the week that is to become the last week of Melnikov's teaching career the students of his class write an in-class essay on how they understand happiness. Svetlana Mikhailovna, their Russian teacher, is shocked by what one of the students wrote in her essay, nevertheless, she allows her to read it in front of the class. The other students express support of their classmate. Melnikov gets involved in the conflict, after which he reconsiders his decision to quit...