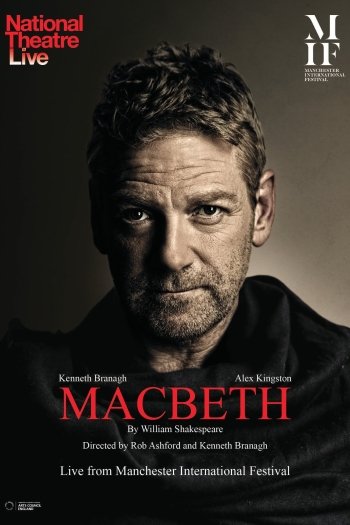 Info
1 Images
Interact with the Movie: Favorite I've watched this I own this Want to Watch Want to buy
Movie Info
Synopsis: National Theatre Live will broadcast Manchester International Festival’s electrifying production of Macbeth, with Kenneth Branagh (My Week With Marilyn, Hamlet) in his first Shakespeare performance in over a decade as Macbeth, and Alex Kingston (Doctor Who, ER) as Lady Macbeth. Directed by Olivier and Tony Award-winner Rob Ashford (Anna Christie at the Donmar Warehouse, Thoroughly Modern Millie on Broadway) and BAFTA Award-winner Kenneth Branagh, this unique production of Shakespeare’s tragic tale of ambition and treachery unfolds within the walls of an intimate deconsecrated Manchester church.