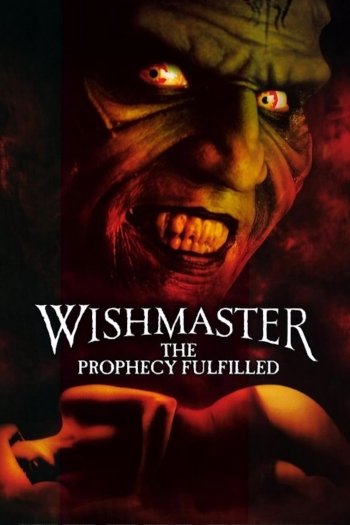 Info
1 Images
Interact with the Movie: Favorite I've watched this I own this Want to Watch Want to buy
Movie Info
Synopsis: The unspeakable evil of the soul-devouring djinn rises again in this fourth electrifying installment of the unstoppable Wishmaster horror legacy! But now, as a host of new victims see their most nightmarish wishes come true, the world faces the ultimate demonic terror: an onslaught of multiple djinns hell-bent on destroying everything in their path!