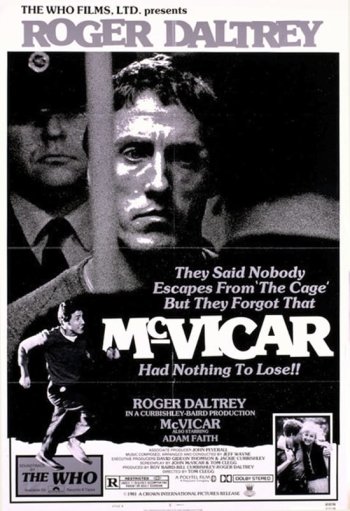 Info
1 Images
Interact with the Movie: Favorite I've watched this I own this Want to Watch Want to buy
Movie Info
Synopsis: John McVicar was a London Bad Boy. he graduated to armed bank robbery and was Britain's "Public Enemy No. 1". He was captured and put into a high security prison. Will even the highest security prison be able to hold him? This is the true story of his life, his criminal exploits and his eventual rehabilitation.


Tagline: Sentenced to 23 years-and he won't accept one day of it