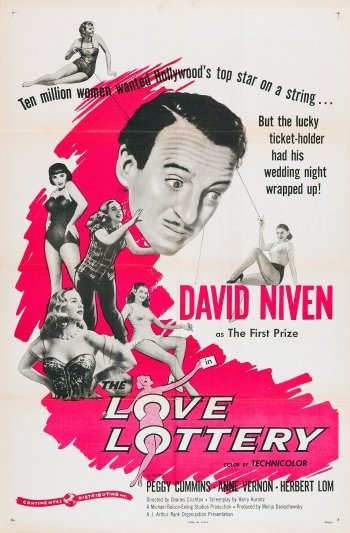 Info
Alpha Coders 1 Images
Interact with the Movie: Favorite I've watched this I own this Want to Watch Want to buy
Movie Info
Synopsis: Rex Allerton is a top Hollywood star and an idol of the female population. To get away from the pressure of the fans who won't leave him alone, he relocates to a remote Italian village where unanticipated trouble arises when unwittingly he becomes the prize for an international lottery.


Tagline: Ten million women wanted Hollywood's top star on a string...But the lucky ticket-holder had his wedding night wrapped up!