Movie Abyss Who's Minding the Store? 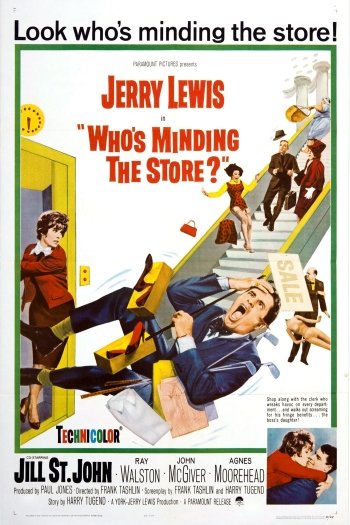 Who's Minding the Store?

Info
Alpha Coders 1 Images
Interact with the Movie: Favorite I've watched this I own this Want to Watch Want to buy
Movie Info
Synopsis: Jerry Lewis plays Norman Phiffer, a proud man in a humble life, who doesn't know that his girlfriend, Barbara, is heir to the Tuttle Department Store dynasty. Mrs. Tuttle, Barbara's mother, is determined to split the two lovers, and hires Norman in an attempt to humiliate him enough that Barbara leaves him. Will she ruin their love, or will he ruin her store?


Tagline: Look who's minding the store...