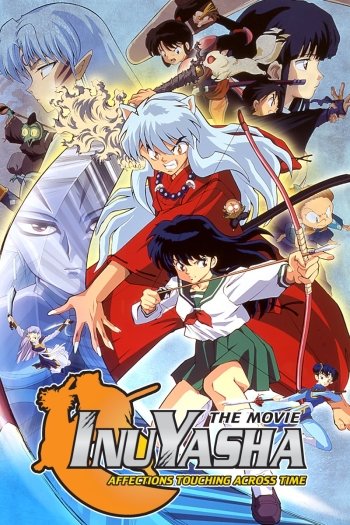 Info
1 Images
Interact with the Movie: Favorite I've watched this I own this Want to Watch Want to buy
Movie Info
Synopsis: InuYasha is a half-demon who was trapped in the Legendary Tree and was set free by Kagome, a girl who traveled 500 years through time. This time, both of them will have to face Menomaru, a Chinese demon whose father, known as Hyoga, came 300 years ago to invade Japan, but was stopped by InuYasha's Father. InuYasha and Kagome, along with Sango, Miroku, Shippou, Kaede and Myoga, will try to stop Menomaru in his becoming the most powerful demon ever.

The Jungle Book - The Movie

The Other Side
Life in a Tin

We Lived in Grass

What's Happening to Me?