Movie Abyss The Evil That Men Do 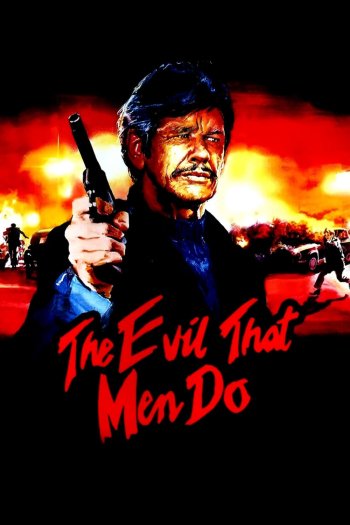 The Evil That Men Do

Info
1 Images
Interact with the Movie: Favorite I've watched this I own this Want to Watch Want to buy
Movie Info
Synopsis: Professional killer Holland is forced out of retirement to break a Central American government's political torture ring when one of his friends, a Latin American journalist, is killed. The murderer, Doctor Clement Molloch, is the master sadist behind the political torture of innocent victims. Posing as a journalist, Holland lures Molloch out of his fortress-like headquarters by using his murdered friend's wife and daughter as bait. When Holland kidnaps Molloch's sister, the doctor is led on a wild chase that takes him to an abandoned opal mine where he finally comes face to face with Holland.

View the Full Cast of The Evil That Men Do