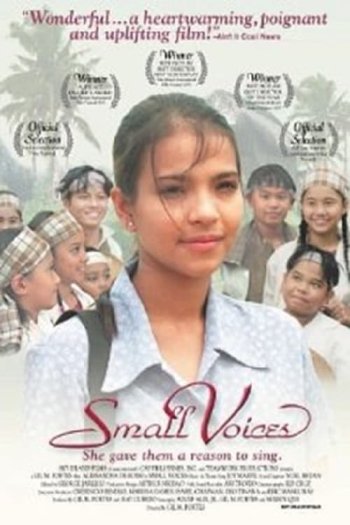 Info
1 Images
Interact with the Movie: Favorite I've watched this I own this Want to Watch Want to buy
Movie Info
Synopsis: Melinda is a new substitute teacher at the Malawig Elementary School, located in a poor remote barrio. A young university graduate, her family expects her to look for work abroad, but in her idealism she takes on a challenging job in the provincial public school, which lacks resources and has corrupt personnel. The heavy monsoon rains and the nearby NPAs also add to her difficulties. The children are indifferent to their studies, having been affected by the hopelessness around them. Melinda tries to motivate them by capitalizing on their interest and talent in singing. She takes advantage of a funding opportunity to enter them in a choral contest. She encounters some resistance, however, from the school administration and from the parents of her students. Furthermore, the death of one of the choral group’s members at the hands of the Armed Forces of the Philippines casts a pall on their once joyful preparations. Melinda, however, constantly tries to rise above these challenges.