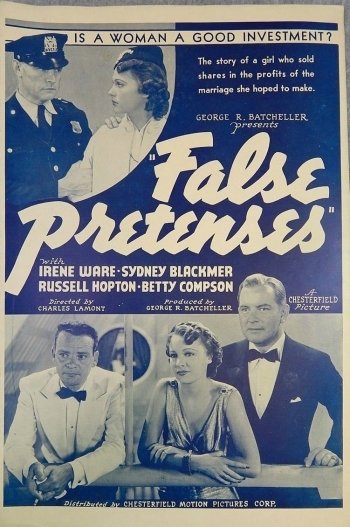 Info
Alpha Coders 2 Images
Interact with the Movie: Favorite I've watched this I own this Want to Watch Want to buy
Movie Info
Synopsis: A girl who's just lost her job meets a drunk millionaire on a bridge who's just lost his money. They go back to his house, and eventually come up with a plan to benefit them both: he'll scrounge enough money together to teach her how to be a lady, and then introduce her to his rich friends so she can snag a husband, after which she'll pay him a finder's fee. Complications ensue.