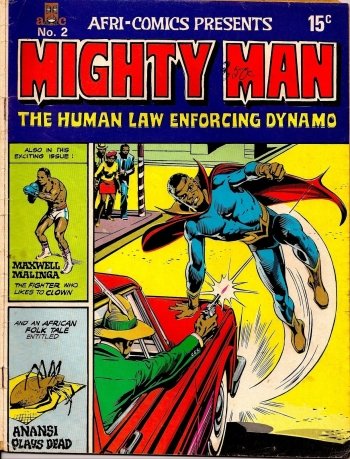 Info
1 Images
Interact with the Movie: Favorite I've watched this I own this Want to Watch Want to buy
Movie Info
Synopsis: Originally a comic aimed at black South Africans, Mighty Man was later made into a movie, released in 1978. Mighty Man was branded as South Africa's equivalent of Super Man, fighting gangsters and drug lords. The spoken language is isiZulu and the film is presumed ‘Lost’.