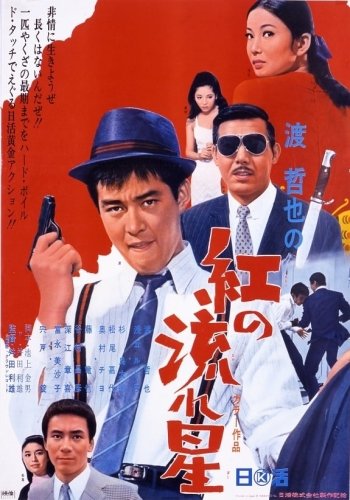 Info
1 Images
Interact with the Movie: Favorite I've watched this I own this Want to Watch Want to buy
Movie Info
Synopsis: A young yakuza hitman named Goro does a job and needs to hideout away from Tokyo for a while. He hangs out with loose women and hard men and always manages to stay one step ahead of the law. In his exile, he comes under suspicion for a murder and meets the girlfriend of the murdered man. They develop a strange bond while unbeknown to Goro, another hitman is after him for the job he did in Tokyo.