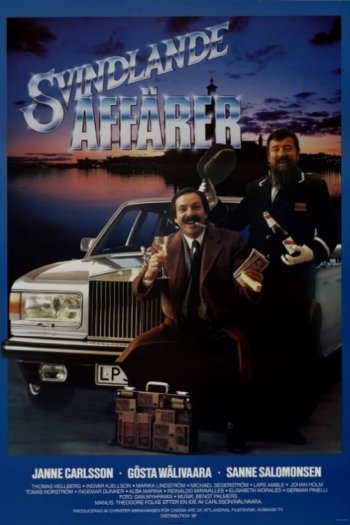 Info
1 Images
Interact with the Movie: Favorite I've watched this I own this Want to Watch Want to buy
Movie Info
Synopsis: Gösta Eriksson, a hairdresser, buys a car from used-car dealer Bertil Planåker. But Gösta soon discovers that the car is a wreck. Planåker won't give him his money back, in fact he denies ever having seen Gösta. Gösta's brother Rolle is released from prison and promises to help him. They form an investment company, Parabola, and convinces Planåker to invest a lot of money in it. Planåker has a lot of shady business colleagues who also invest their money. Gösta's and Rolle's scam becomes much bigger than they had bargained for.