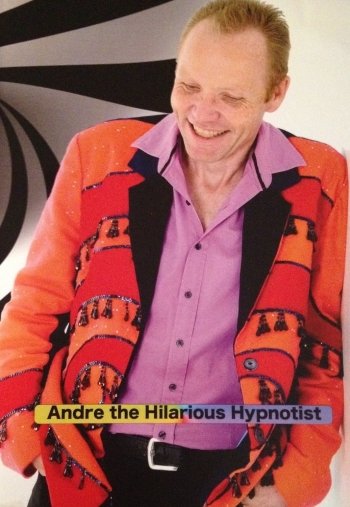 Info
Alpha Coders 1 Images
Interact with the Movie: Favorite I've watched this I own this Want to Watch Want to buy
Movie Info
Synopsis: Often confused as a mentalist and magician, Andre the Hilarious Hypnotist is actually an award winning Comedian and Stage Hypnotist who has the audience in the palm of his hands from the beginning of his show to the very end. Andre who has become somewhat of an institution on the entertainment calendar in South Africa and neighbouring countries has in his 21 years on stage set attendance records and filled theatre's where ever he performs. Andre's shows popularity spiralled him onto the public platform in the early 90's and has continued growing since . If fresh, funny and family friendly describes what you are looking for in entertainment then you have found your next corporate event, year end function or fund raising. Andre is managed by the High Voltage Humour group of companies which prides themselves in promoting only the highest calabre artists in Southern Africa