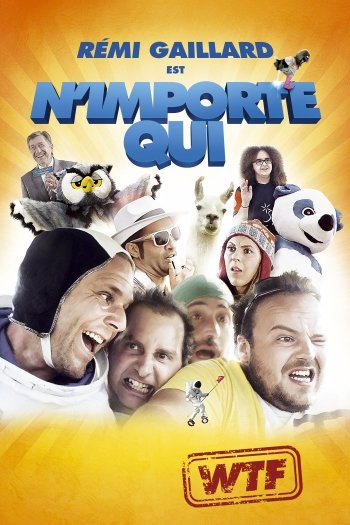 Info
1 Images
Interact with the Movie: Favorite I've watched this I own this Want to Watch Want to buy
Movie Info
Synopsis: Rémi Gaillard is the real character of the World network, troll, provocateur, one of the biggest-selling comic actor in Europe. One and a half milliards of viewing and millions of fans. A day came, and he decided to steady down: got married, settled down on work on a parking place, promised a pregnant wife, that also «goes away to the decree» and gives up the pranks. But how to deafen talent and disorderly conduct of fantasy?. Fans can not assume his care. Gaillard returns.