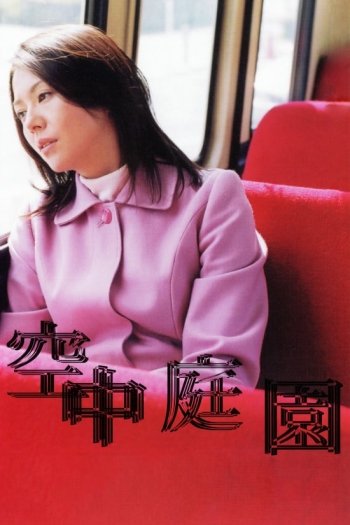 Info
1 Images
Interact with the Movie: Favorite I've watched this I own this Want to Watch Want to buy
Movie Info
Synopsis: For his fourth full feature, Toyoshi Toyoda has abandoned the theme of the angry young man, examined in depth in Pornostar, Blue Spring and 9 Souls. Kuchu Teien is, on the face of it, more a drama, a character study, than a typical Toyoda genre flick. Yet within this beautifully structured and photographed film, there lies a dark soul. Ostensibly the story of a happy family, it becomes increasingly clear as the movie progresses that the Kyobashis are anything but. Despite a family agreement that they are all open with each other, the entire household knows the opposite is true.