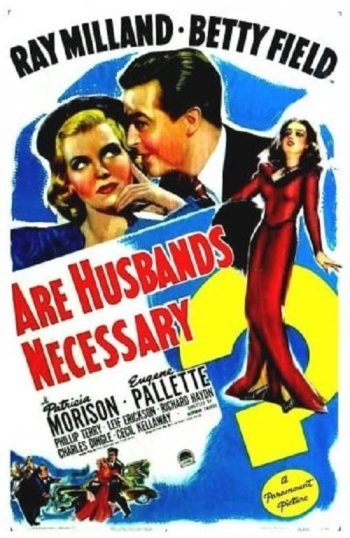 Info
1 Images
Interact with the Movie: Favorite I've watched this I own this Want to Watch Want to buy
Movie Info
Synopsis: George and Mary Elizabeth Cugat are about to celebrate their second wedding anniversary and dream of having a child. Although they live comfortably on George's earnings as a bank official, Liz's scatterbrained handling of their finances constantly puts them in jeopardy. Liz becomes jealous when George's former girl friend, Myra Ponsonby, comes for a visit with his party-loving friends Bill Stone, Cory Cartwright and Chuck, an artist, after which George spends the entire evening dancing at a nightclub with Myra.

View the Full Cast of Are Husbands Necessary?

On the Right Track

Love on the Debt