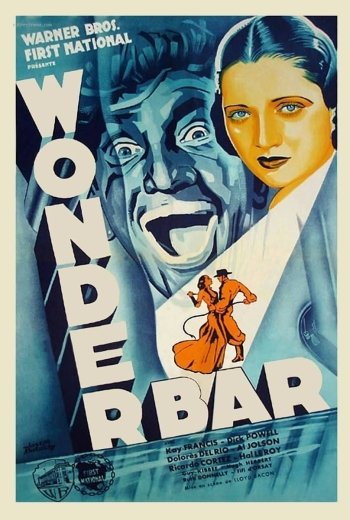 Info
1 Images
Interact with the Movie: Favorite I've watched this I own this Want to Watch Want to buy
Movie Info
Synopsis: Harry and Inez are a dance team at the Wonder Bar. Inez loves Harry, but he is in love with Liane, the wife of a wealthy business man. Al Wonder and the conductor/singer Tommy are in love with Inez. When Inez finds out that Harry wants to leave Paris and is going to the USA with Liane, she kills him.