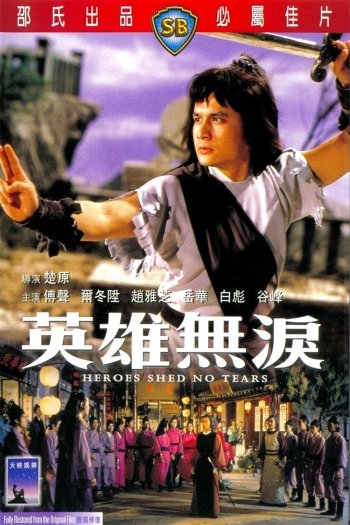 Info
Alpha Coders 1 Images
Interact with the Movie: Favorite I've watched this I own this Want to Watch Want to buy
Movie Info
Synopsis: After his lengthy training nears completion, expert swordsman Kao is entrusted with an unusual mission by his elderly master. The task involves taking the fabled 'Teardrop Sword' down into the martial world and solving the petty squabbles of a few supremely skilled individuals, while also deciding the fate of the seemingly cursed weapon. Kao takes his master's words on-board, descends from his mountain retreat and prepares to meet the weird and wonderful pugilists he has heard so much about. Kao's arrival in town is noticed by the so-called 'Unbeatable' Sze-ma Chao-chun and his fiendishly intelligent aide Zhou who decide to keep a close eye on the stranger as they prepare to host a lavish ceremony. Unfortunately for Sze-ma, the celebration is disrupted by an assassination that leaves the whole of his clan rocked by the vicious attack.