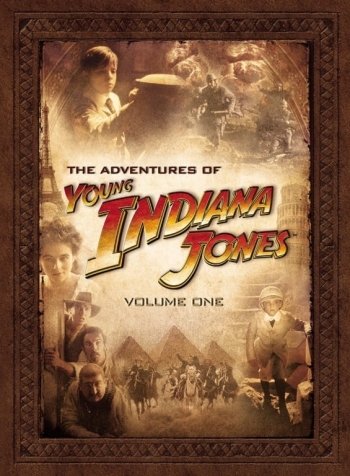 The Adventures of Young Indiana Jones: My First Adventure

Info
Alpha Coders 1 Images
Interact with the Movie: Favorite I've watched this I own this Want to Watch Want to buy
Movie Info
Synopsis: When Professor Henry Jones Sr. is invited to give lectures all over the world in May 1908, he takes along his wife and son, and invites his former tutor Miss Helen Seymour to teach Henry Jr. during the trip. Their first stop is Cairo, Egypt. When Junior, who prefers to be called 'Indy' and Miss Seymour visit the pyramids, they are invited by T.E. Lawrence (another former student of hers) to join an archaeological dig. When the mummy disappears and a priceless headpiece is stolen, young Indy gets his first taste of adventure. On their next stop in Tangiers, the family stays with Professor Jones' former class mate Walter Harris. Indy befriends a young slave named Omar who belongs to Emily Keen. The two of them get into trouble when they Indy insists on visiting the market place to see a salted head displayed on a pole. Caught by slave traders, they are end up at an auction from which only Harris can attempt to rescue them.

The Adventures of Young Indiana Jones: Masks of Evil