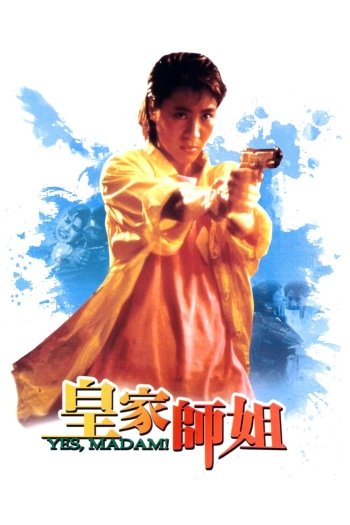 Info
1 Images
Interact with the Movie: Favorite I've watched this I own this Want to Watch Want to buy
Movie Info
Synopsis: Asprin (Mang Hoi) and Strepsil (John Shum), two petty thieves who inadvertently become involved in a murder case when they steal items belonging to a murdered man. The man had hidden an important microfilm in his passport, which the thieves pass onto a forger friend Panadol (Tsui Hark). Inspector Ng (Michelle Yeoh) is assigned to the case, along with Inspector Morris (Cynthia Rothrock) from Scotland Yard! The investigation leads the cops to the bumbling crooks and soon they are on Triad leader Tin's (James Tien) tail, he will stop at nothing to get the incriminating film back and with his hitman and bodyguard (Dick Wei) at his side, he proves too much for the inspectors to catch using legal means, in frustration they give up their badges and go after Tin alone.