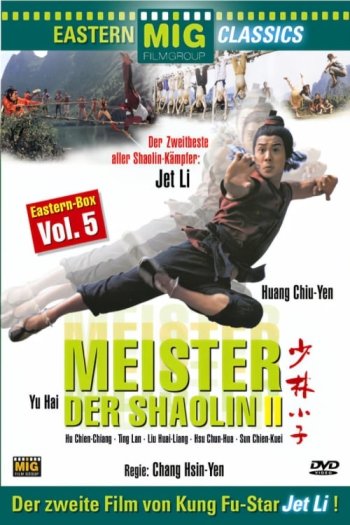 Info
1 Images
Interact with the Movie: Favorite I've watched this I own this Want to Watch Want to buy
Movie Info
Synopsis: Two rivaling families live on opposite sides of a river. One of them practices Shaolin kung fu and has only sons, while the other has only daughters and practices the Wu-Tang sword. The father of the Wu-Tang family is so paranoid about the Shaolin kids stealing his sword style (besides, he wants a son to teach it to, and the closest thing he has is a lesbian daughter) that he is taken off guard when some real bad guys come along to kill his family, but the Shaolin family helps them out. All the while, everyone is desperately trying to get the lesbian girl to marry Jet Li.