Movie Abyss We Were Strangers 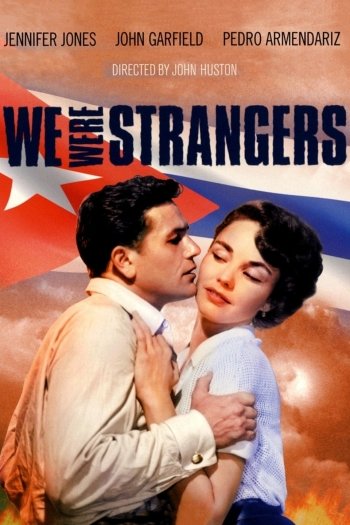 Info
Alpha Coders 1 Images
Interact with the Movie: Favorite I've watched this I own this Want to Watch Want to buy
Movie Info
Synopsis: China Valdes joins the Cuban underground after her brother is killed by the chief of the secret police, Ariete. She meets and falls in love with American expatriate Tony Fenner. Tony develops a plan to tunnel under the city's cemetery to a plot owned by a high official, assassinate him, and blow up the whole Cuban hierarchy at the ensuing state funeral. Together with a band of dedicated revolutionaries, they begin digging.