Info
Alpha Coders 1 Wallpapers 1 Images
Interact with the Movie: Favorite I've watched this I own this Want to Watch Want to buy
Movie Info
Synopsis: In the future, Earth is overcrowded and the population relies on distant bases to be fed. In the Saturn 3 station, Major Adam and the scientist Alex, who is also his lover and has never been on Earth, have been researching hydroponics for three years in the base alone with their dog Sally. Meanwhile, the psychotic Captain Benson fails the mental test required to travel to Saturn 3 and kills his replacement, Captain James, taking his place in the mission of assembling and programming the Demi-God series robot Hector to replace one of the scientists in Saturn 3. On the arrival, the mentally disturbed Captain Benson becomes sexually obsessed for Alex. Then he uses an interface to link his brain to program Hector, but incapable to control his emotions, he transfers his homicidal tendency and insanity to Hector. Now Major Adam and Alex are trapped in the station with a dangerous psychopath robot.


Tagline: Some thing is watching... waiting... and wanting on... 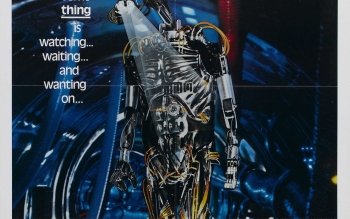 Westworld
The Robot vs. the Aztec Mummy
Space Truckers