Info
1 Wallpapers
Interact with the Movie: Favorite I've watched this I own this Want to Watch Want to buy
Movie Info
Synopsis: The film is an odd retelling of the story of Hercules (Lou Ferrigno) battling the wizard Minos (William Berger), who uses "science" in an attempt to take over the world. Hercules must stop him and rescue his princess love in the process. Part of the adventure finds Hercules battling giant robots brought to life by stop motion animation. The musical score by Pino Donaggio. 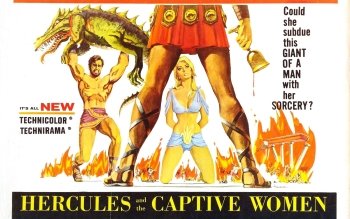