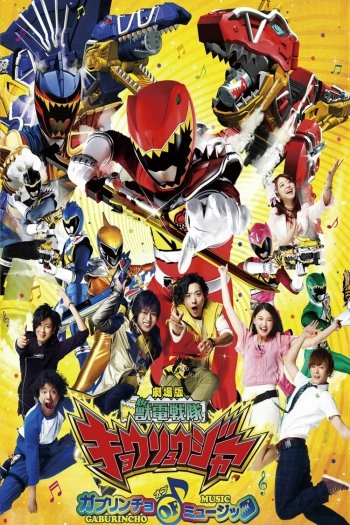 Zyuden Sentai Kyoryuger The Movie: The CHOMPACHOMP of Music!

Info
Alpha Coders 1 Images
Interact with the Movie: Favorite I've watched this I own this Want to Watch Want to buy
Movie Info
Synopsis: The Kyoryuger saves Mikoto Amano, nicknamed Meeko, from a horde of Zorima who invaded her concert venue. It turns out that Daigo once met Meeko in France. Before they can catch up, the ancient knight Deathryuger, aka D, appears and kidnaps her. D’s goal is to use the secret legendary battery #00, to take control of the mysterious Tobaspino. The Kyoryugers go after "D" to rescue Meeko and prevent him from gaining control over the legendary Zyudenryu.