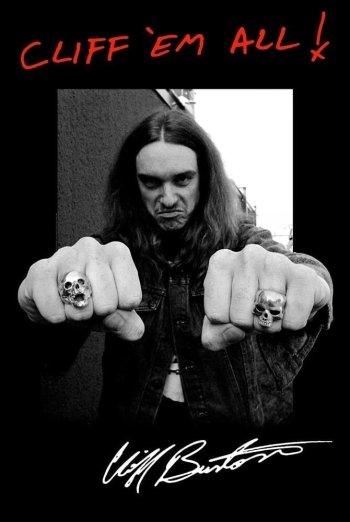 Info
Alpha Coders 1 Images
Interact with the Movie: Favorite I've watched this I own this Want to Watch Want to buy
Movie Info
Synopsis: Originally released as "The $19.98 Home Vid: Cliff 'Em All," Metallica's first video is a tribute to late original bassist Cliff Burton. James Hetfield describes it as "a compilation of bootleg footage shot by sneaky Metallifux, stuff shot for TV that was never used, but we've held onto, home footage, personal fotos and us drunk. But most important, it's really a look back at the 3-1/2 years that Cliff was with us and includes his best bass solos and the home footage and pix that we feel best capture his unique personality and style." 1987.