Info
1 Wallpapers 6 Art 29 Images 1 Covers
Interact with the Movie: Favorite I've watched this I own this Want to Watch Want to buy
Movie Info
Synopsis: In the combustible action franchise's final installment, maverick detectives Martin Riggs and Roger Murtaugh square off against Asian mobster Wah Sing Ku, who's up to his neck in slave trading and counterfeit currency. With help from gumshoe Leo Getz and smart-aleck rookie cop Lee Butters, Riggs and Murtaugh aim to take down Ku and his gang.


Tagline: The faces you love. The action you expect. 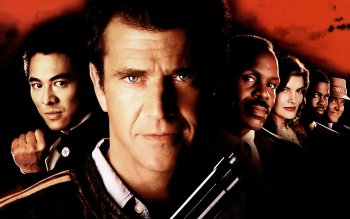 The Shadow on the Window