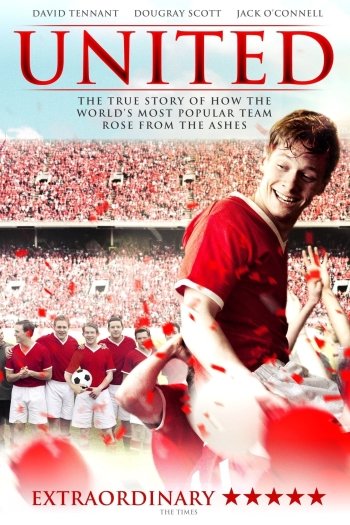 Info
2 Images
Interact with the Movie: Favorite I've watched this I own this Want to Watch Want to buy
Movie Info
Synopsis: United is based on the true story of Manchester United's legendary "Busby Babes", the youngest side ever to win the Football League and the 1958 Munich Air Crash that claimed eight of the their number. The film draws on first-hand interviews with the survivors and their families to tell the inspirational story of a team and community overcoming terrible tragedy.